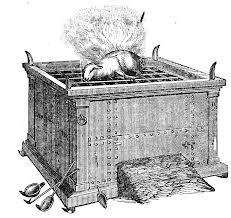 These lyrics resonate with cultural trends expressing a desire to be entertained. This hunger for being entertained is directly paralleled to our consumerist culture. As western Christians, who are an expert concert-going generation seeking entertainment, we have developed misconceptions, leading to a consumerist style of worship music within the church. How did these misconceptions start in our culture? What should worship look like in accordance with the Scripture within our culture context of the church? What would reform in the worship system look like?

To understand this misconception a framework must be used. This framework is a cultural system that employs the use of mediums that portrays a message. Keeping this in mind, to understand how our culture of worshipers become systemized as being consumeristic we must look at what consumerism is and then worship. Here you can read more about this journal of christian education.

For understanding, the difference between being a consuming culture and a consumeristic culture must be explained. God created humanity with the command to subdue the earth (Genesis 1:28) and later to eat from any tree, excluding the tree of the knowledge of good and evil (Genesis 2:16-17). Post fall this process continued, but man had to toil for his work (Genesis 3:17). As seen in the Scriptures the need to consume is innate within us. What then is consumerism? It is consumption twisted to unhealthy levels. Steve Wilkens in his book Hidden Worldviews states:

Consumerism is a worldview that starts with something that is a relative good— consumption—and makes it an absolute good. Consumerism absolutizes consumption by believing that we can find fulfillment by accumulation wealth and everything that comes with it. It tells us that all our needs can be satisfied by what we consume. The more we use, the more needs we satisfy. Since the fulfillment of needs is what salvation is about, consumerism is, in reality, a secular religion (p. 45).

This twisting of consumption has created a monster that has turned into a secular religion, forming an idolatry crisis, operant in most western cultures.

Post-Evolution of the Worship Monster 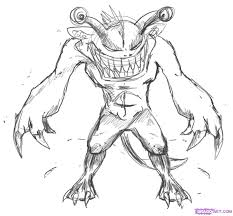 Consumerism, as we know it today, did not occur overnight and like Wilkens’ definition stated, it is the search for fulfillment by consumption. An excerpt from Mass media and the Star System by Jib Fowles, although addressing a different topic as his end, delves into history with a look at the continuing development of consumerism in America. This history and others are important, but not needed to grasp the ramifications of consumerism on worship. The birth of the middle class gave way to the development of the American Dream and later resulted in the merge of consumerism and worship within the church. Notably, ritualism has much deeper roots within the church system—which others must explore— but it is important to know that it has influence within consumerist worship, more on this later.

The middle class was the first class of people who were able to have more then enough to live on, but did not fall under the category of being wealthy. This relatively new idea did not exist in the Middle Ages where people were either laymen class, or where nobility or chivalry. The middle class gained ground primarily in the early middle of 20th century. Time’s A Brief History of The Middle Class gives a picture of the middle class within America. By its nature the middle class is consumeristic, striving for security in its positions and money, giving way to the idea of the American Dream. Personal ownership of a house, car, or whatever brings pleasure beyond consumption by necessity is what the American Dream is. Basically the dreams consists of financial wealth. Either you work for it, or you get lucky and getting lucky today may seem impossible but with the advice and referral you will be on your to your American dream. With the reopening http://www.theblackjackwinner.com the best blackjack site you can get rich really fast. New promotions and casino bonuses are a given, so sweep in today and start winning big.

Casino bonuses are the real game-changers if you are going for sure wins and doubling your profits. The top5casinosfrancais.com site will lead you straight to the best bonus offers in France and show you how to use them properly and make most of them. Once you learn the essentials, you will be ready to collect the biggest prize pools on your favorite casino game.

With the advent of the American Dream came a parallel movement. This movement was rebellion within the system of music, unlike any previous changes in the music industry. The music industry took new innovative technologies and used them in extreme ways that had never been seen before. Elvis, the Battles, Woodstock, and a host of other artists and events gave way to our modern forms of music, which is now always in a state of changing and seeking improvement. Advancements in music, coupled with new recording processes, led to the demand of people to hear this music, not just live, but everywhere, in the home, then the car, then personal music players. This new growth embellished the audio recording industry, leading to the need of recording labels. It is here that the link between worship and consumerism starts to be pieced together.

There is nothing unbiblical about recording with technology or the enjoyment of music, but the line of dividing consumerism and worship is dissolved when Christian artists who – out of good intent to create worship giving glory to God – are under record labels whose sole purpose is to be profitable, primarily to the label, then the artist and lastly the art. An attack on the music labels is not the intent, but rather it is the outcome of the misunderstanding that can take place between a culture and system in a particular medium. This feedback loop is derivative and leads to many questions, such as, Is the selling of worship music wrong? This question and many others are to be left for other works at a different time.

Getting back to the topic at hand, let me explain by this example: The EMI CMG Label of Sparrow Records that facilitates worship artists such as Chris Tomlin, David Crowder, Matt Redman, Hillsong United, and other artists like Switchfoot who are not focused on worship music are under control of the parent company of Universal Music Group. Universal Music Group facilitates artists like Eminem, Bon Jovi, Rihanna, 50 Cent, Black Eyed Peas, Maroon 5, and countless other bands who are top charters in the secular music world.

When corporations like Universal Music Group and smaller labels are behind Christian worship artists, who often are writing the music that is played in the church, the affects are numerous. The music is produced to be marketable, which means that although the artist had good intentions in writing worship songs to our Savior, they end up contributing to the cliché market that makes up marketing targeted at the Christians. This marketing strategy aims at faith with the knowledge that Christians are already biased, and hopes in the ideology that consumerism is in control. This is a play on Christianity. It assumes that the consumer, as a Christian, will resonate with the theme or message that the product sends, and due to consumeristic tendencies that lead to the false idea of satisfaction in goods, the buyer then feels that they are more spiritual or holy because the product is resonating with his or hers faith. Examples of Christian consumerism apparel can be found at NOTW and at WWJD. Feedback loops like this one further the feeding of the consumerism monster. If you need more information you can always contact ojccc.org.